It has been a long summer, even if vacation-wise it cannot ever be long enough. Now that days are getting shorter, the kids are back to school, the typhoons are gone, and the moon-cakes are all eaten, it’s time for the Future Shorts Autumn Season.

On the programme we have 5 short films from 4 different countries. It’s definitely on the cutting edge, since 3 of them debuted this year, and we are among the first people to get to see them.

A young couple find themselves speaking about things they have never spoken about before. In a city where the old and new meet, with the potential for anything to happen, they try to find their own place in a changing and uncertain world. Winner of Special Jury Mention at Tribeca Film Festival. 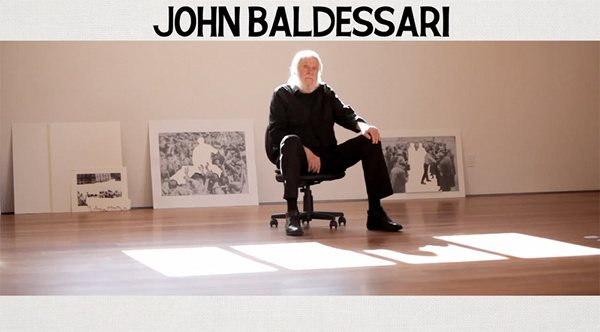 A Brief History of John Baldessari

From the directors of CATFISH and PARANORMAL ACTIVITY 3, A Brief History of John Baldessari tells us everything we do and don’t need to know about this American conceptual artist. Many know Baldessari as “the guy who puts dots on people’s faces.” But did you know that he is 6’7″ and that his wifi password is 123456789B?  An epic career is crammed into 5 and a half frenzied minutes. Narrated by Tom Waits.

Mike visits his estranged son on his birthday, wanting to take him out and rebuild a damaged relationship. But drink and the simmering violence from match day in London taints the occasion, resulting in a strained afternoon for both father and son. Pearce has been named one of the  ‘Stars of Tomorrow’ by Screen International, and Rite was nominated for Best Short Film at BAFTA Scotland.

Winner of Sundance’s Short Filmmaking Award, the Safdie brothers bring a film intended for children, morphed into a sci-fi urban fable. Black Balloon explores New York and the complicated lives of individuals and their daily experiences from the heights of a stray balloon.

A story about love, voyeurism and guilt. A department store security guard watches a clerk in the store’s bookshop on CCTV and falls for her. After  he witnesses, and ignores, a supposed love rival being attacked on a train, guilt begins to destroy his once ordered life. On the Line has won over 50 International awards.

We are looking forward to arrange the autumn screening, and will let you know about them soon! In the meantime you can let us know your thoughts in the comments or on Facebook/G+/Twitter.